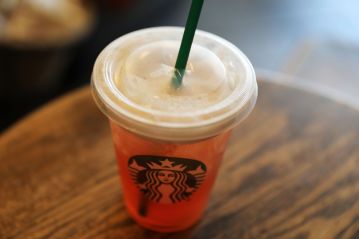 This math happening is a great example of when Math can Empower us! M- Power is what I call it, when we can use math and statistics to move people to do the right thing!

Starbucks, which doles out more than 1 billion straws a year, says it will phase out single-use plastic straws from its stores by 2020.Disney Announces Plan To Drop Plastic Straws And Stirrers By 2019!

The coffee giant – the largest retailer to commit to eliminating single-use plastic straws – said Monday that it will replace the ubiquitous plastic straw with recyclable “strawless lids,” as well as straws made from biodegradable materials, as part of a no-plastic-straws movement that has gained momentum in recent years.

The Walt Disney Company is the latest in a series of large corporations recently bent on eliminating plastic drinking straws and stirrers, which some disability activists say could pose new problems for customers.

Using the statistic that 500 million straws are used and thrown away each day in the USA, we can derive that each person uses 1.6 straws per day. For a family of four, that’s 6.4 straws per day per family. Per year, this means each family uses 2,336 straws!

You can see that buying a few reusable straws can go a long way in reducing the number of hazardous straws ending up in landfills and waterways.

When he was 9 years old, Milo Cress had a question: How many plastic straws do Americans use every day? 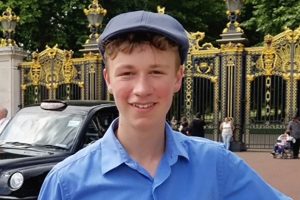 He quickly learned there wasn’t a simple answer, and decided to figure it out himself in hopes of reducing the plastic straw usage at his local restaurants in Burlington, Vt. So in 2011, he started a project called Be Straw Free — calling a handful of straw manufacturers in the U.S. and asking them for estimates of how many single-use plastic straws Americans use every day.

Through his research, Cress estimated Americans use about 500 million straws — including clear plastic straws, bendy straws, straws on juice boxes, cocktail straws and plastic drink stirrers — every day, a number that has been cited by many publications including the Wall Street Journal and the Washington Postin recent coverage about the wave of plastic straw bans by major corporations like Starbucks. Some have said his number is too high, while others say it’s too low. But Cress, now 17, says that’s not the point.

“I think getting stuck on what the exact number is sort of misses the point of my project, which is to reduce our use and waste of straws,” he tells MONEY. “I think we could improve on pretty much any number as long as we’re continuing to waste plastic. Any number is too high.”

Plastic straws in particular can be problematic because they are what is called a “gateway plastic,” or items that make it easy for people to get comfortable with single-use disposable plastics like cutlery and cups.

Professional estimates of straw usage are hard, but not impossible, to find. Yet, the number this fourth grader came up with in 2011, as part of a personal environmental conservation campaign, has proved surprisingly durable, working its way to the heart of the debate over plastic straws.

“It is honestly a little surprising,” said Mr. Cress, who turned 17 on Thursday. “I came up with this statistic because I couldn’t find anything else about it. If there are other statistics on how many straws we use that are based on more rigorous research than the research that I did, I’m happy to embrace those.”

Fact check: The claim that 500 million straws are used by Americans is an estimate above the ranges of more rigorous studies. Market research firms put the figure between 170 million and 390 million per day, or 63 billion to 142 billion straws per year.

That figure, just over 170 million straws per day, does not include those purchased for home use or attached to juice boxes, among other uses. But, even if it did, it’s unlikely that the estimate would be as high as 500 million, said David Henkes, a senior principal at the firm.

“I don’t believe that consumers are using another couple hundred million straws at home every day,” he said.

Freedonia Group, a market research firm that covers a broad range of industries, arrived at a higher estimate: 142 billion straws last year, or 390 million per day.

For both firms, rigorous analysis is critical, as clients rely on the data they provide to make business and investment decisions.

The estimates, part of broader reports on food service products, relied on interviews with businesses all along the supply chain, from manufacturers of disposable packaging to distributors to customers. They represent months of work by teams that included analysts and economic experts.