The most improbable upset in NCAA tournament history 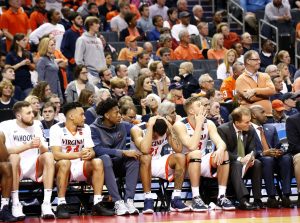 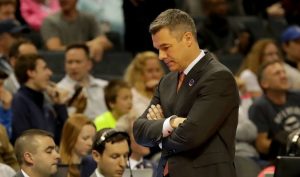 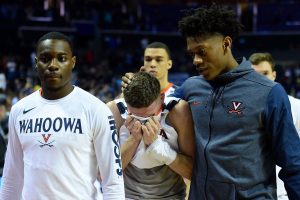 This blog entry took a couple of days because it still stings and hurts that my favorite UVA Cavaliers lots in the March Madness to a 16 seed UMBC.

Not since the NCAA tournament expanded to 64 teams in 1985 had a No. 1 seed lost in the first round. Top seeds were a combined 135-0 against No. 16 seeds, and most won by lopsided margins.

The data below is from https://www.printyourbrackets.com/ncaa-tournament-records-by-seed.html

We have collected data from the past 33 NCAA Tournaments. The information below is from 1985 through 2017. The first year there were 64 teams in the tournament was 1985. The data shows the record of each seed in the first round of every tournament.

* The lowest seed to win a championship was a #8 Seed

* A #5 seed has never won the championship

The table below shows the records for each pairing in the first round of the NCAA Tournament. We analyzed data from 33 tournaments, and there are 4 matchups per tournament, per seeded pair, for a total of 132 games for each seed.

Here is the data made into a graph!

What does the data show?

The data shows basically exactly what one would think, the closer the seed pairings, the more likely an upset is to occur. One thing I notice from the chart is the percentage jump from the 4 seed/13 seed to the 5 seed/12 seed game is noticably larger than any other pairing. Another thing to note is the #8 and #9 pairing is not far off from being split 50/50.

If you liked this article check out Final Four Appearances by Seed and NCAA Tournament Championships by Seed, where we go into detail about which seeds are most likely to advance to the Final Four and also win the tournament.