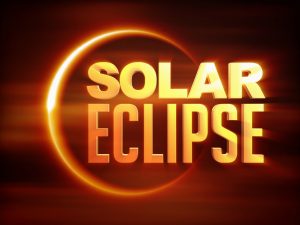 August 21st was really a wondrous moment for us human kind!  The US SOLAR ECLIPSE On this day, everyone dropped what they were doing no matter how important or urgent matters were, just to marvel at our universe and the pattern of the sun, moon and earth!!! Math is that wondrous too with its patterns. I was glued to the TV seeing how the totality was moving closer and closer to me, starting with Oregon, to Tennessee and South Carolina. The excitement made us all giddy at the Suh household! https://svs.gsfc.nasa.gov/vis/a000000/a004500/a004515/totpath2017_2160p30.mp4 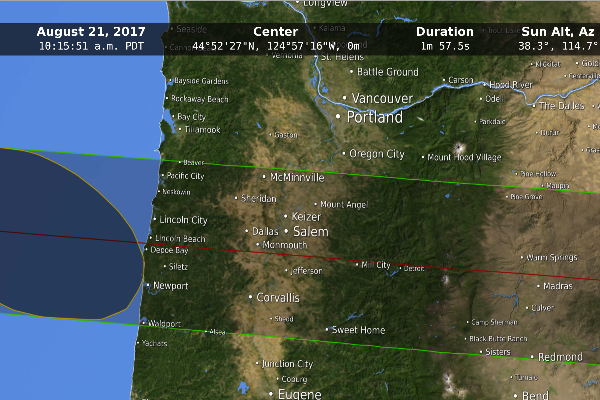 One of the reasons that ancient peoples could not predict total solar eclipses was because they did not appreciate the mathematics involved in forecasting. Also, many of the parameters needed to accurately predict eclipses had not been astronomically measured until the first century CE. If you are taking a trip to visit Grandma in another town and want to predict at what time you will arrive, it really helps to know how, many road miles you will be traveling and how fast you will go! It was a day with lots of math happenings. 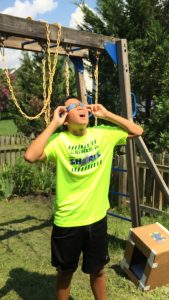 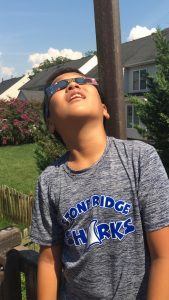 From the distances between observers along the path of the 2017 eclipse, and the eclipse times, estimate the speed of the moon’s shadow.