Mathematics as a Creative Endeavor!

Did you ever wonder what day was the longest day of the year?

1) Why do we have a summer solstice, anyway?

The summer solstice occurs when the sun is directly overhead the Tropic of Cancer, or 23.5° north latitude.

Earth orbits around the sun on a tilted axis. So between March and September, Earth’s Northern Hemisphere gets more exposure to direct sunlight over the course of a day.

The rest of the year, the Southern Hemisphere gets more. It’s the reason for the seasons. 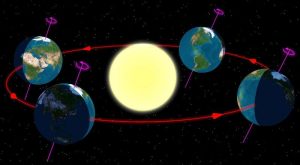 In the Northern Hemisphere, “peak” sunlight usually occurs on June 20, 21, or 22 of any given year. That’s the summer solstice.

By contrast, the Southern Hemisphere reaches peak sunlight on December 21, 22, or 23 and the north hits peak darkness — that’s our winter solstice. 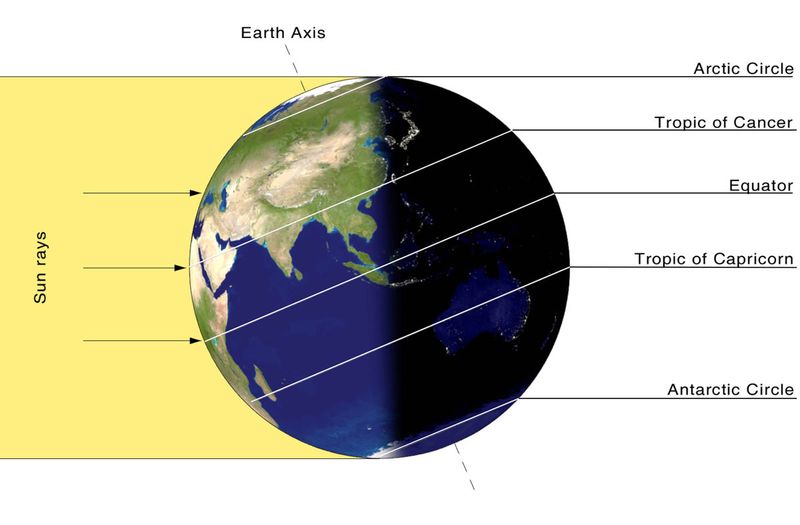 2) How many hours of sunlight will I get on Tuesday?

That depends on where you live. The further north you are, the more sunlight you’ll see during the solstice. Alaska-based climatologist Brian Brettschneider created this terrific guide:

Since we live in VA , how much hours of sunlight do we get according to the guide below. 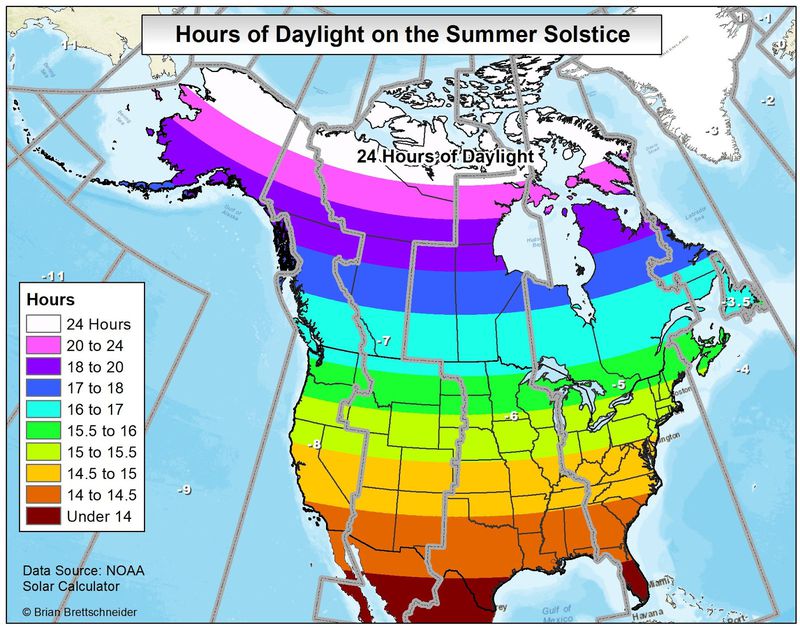 There will be a rare solar eclipse across the entire continental US a bit later in the summer, on August 21.

AMAZING FACT:
What does all this have to do with Stonehenge?

No one really knows why Stonehenge was built some 5,000 years ago (at least I don’t, sorry). But one possibility is that it was used to mark solstices and equinoxes. That’s because during the summer solstice, the sun rises just over the structure’s Heel Stone and hits the Altar Stone dead center.

Here’s a graphic from NASA imagining what a summer solstice sunrise might’ve looked like back when Stonehenge was fully intact:

Summer Solstice is today! It is perfect day for us to tap into our sense of wonder about our awesome world. The patterns and complexity of this universe is really awe-inspiring! And how did humans 5000 years ago construct such a perfect structure like the Stonehenge that allows the sun to hit the very center of this monument exactly on the summer solstice?  On the summer solstice, the sun rises behind the Heel Stone, the ancient entrance to the stone circle, and sunlight is channelled into the centre of the monument.

In fact, today thousands make homage and travel to the Stone Henge in Wiltshire, England to celebrate summer but more so humanity!

It is pretty awesome to understand the math behind this phenomenon scientifically as well as architectually!

So architectually, you wonder, how did they construct this without modern machines in year 3000BC?

Stonehenge is a prehistoric monument in Wiltshire, England, 2 miles (3 km) west of Amesbury. It consists of a ring of standing stones, with each standing stone around 13 feet (4.0 m) high, 7 feet (2.1 m) wide and weighing around 25 tons.  In my research, I learned that these standing stones called menhirs are widely distributed across Europe, Africa and Asia so Stone Henge is not the only place you can see these standing stones.

I also learned that  Over billions of years of Earth’s history, the time it takes Earth to rotate once on its axis has been getting longer. In fact 4.5 billion years ago the rotation took 6 hours?

In a National Geographic article, Meyers and a colleague recently showed that 1.4 billion years ago, a single “day” lasted only about 18 hours. And changes in the gravitational dance between our planet and the moon are causing Earth’s day to get ever so slightly longer each year. “So if I just wait a few hundred million years,” he says, “I’ll get that extra hour back!”

That’s pretty funny! I may need several hours back to make up for the time Jeremy cried so much on the plane ride to Hawaii!!! Haha

Enjoy the article below: